Our space station is located in the deep sea of the Bermuda Triangle. It was the center of Atlantis and provided Earth with the necessary positive energy.

The area of the Bermuda Triangle, an imaginary triangle between the Bermuda Islands, Miami and Puerto Rico in the western Atlantic Ocean is directly connected to Atlantis.

After the failed pole shift on Atlantis caused by the reptilians (see Atlantis blog post), we lightworkers in the Atlantis period had to face the fact that we could not accomplish our mission. The reptilians are so well developed that we could hardly defeat them or even regain our ground. After we lost, we sank with a part of Atlantis and our space station in the sea, which was supposed to be a safe place for us, but it turned out, that it was not.

The reptilians kept us trapped in a cage in the sea. We were the link to the space station, and they were trying to take advantage of this. We could live from light underwater. As the reptilians wanted to destroy the station, extraterrestrial civilizations of the Eridani galaxy sent dolphin-shaped lightworkers to our space station to help preserve it. That was a very important moment, because it became apparent, that without orgone we and the entire planet are lost. The dolphins freed us and took us to the space station, where we could survive until we are reincarnated on Earth.

The reptilians created a ring of negative energy around the Bermuda area using radioactive matter and crystals with a negative programming. This greatly reduced the power of our space station. They mixed the space station’s orgone with radioactivity to create DOR energy, which has been there for thousands of years now.

Negative feelings such as depression, worry, sadness and separation were created by DOR energy.

To this day, some beings are committed to keep people from knowing about the existence and history of Atlantis. Mysterious things have happened around the Bermuda Triangle – caused deliberately – so that no further research is made in that area.

For a while it was difficult to get into the Bermuda area, but this is not the case anymore. There are no drastic disturbances anymore because the radioactivity has disappeared.

Our space station in the Bermuda area still receives pure light from the source. This high-level positive energy is available to mankind in the Age of Aquarius. As soon as we reach a higher energy, the Fallen Angels will be defeated. 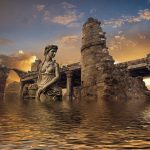 Atlantis and its connection to our timeHistory 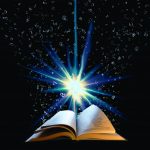